The MOTION project is a partnership between EIT Climate-KIC and Transformative Innovation Policy Consortium (TIPC) that aims to develop and test an innovative methodology to catalyse transformative change towards a low carbon economy and society. Through close collaboration with three associated policy experiment projects – ACT on NBS, SATURN and SuSMO – MOTION supports capacity building and monitoring, evaluation and learning activities. In this blog post, we will offer some insights into the activities and initial outcomes that resulted from the partnerships of SusMO and Act on NBS with MOTION.

During 2020, the MOTION research team worked closely with partners of the associated projects, through a series of interviews and virtual workshops, in order to execute the first part of the experimental methodology: the construction of a transformative Theory of Change for each project. A Theory of Change (ToC) establishes the chain of causality to achieve the desired change of an intervention (policy, programme, strategy, etc.), linking inputs, activities and (short-term) outputs to (medium-term) outcomes and (long-term) impacts. It helps actors to reflect and be aware of the whole process. In the MOTION project, a ToC was combined with the notion of “Transformative Outcomes”, a conceptual framework based on socio-technical transitions theory that identifies three general change-processes in transitions (Figure 1):

1. Building and nurturing niches, which are protected spaces where innovation occurs;

3. Opening up and unlocking regimes, which are the often unsustainable, dominant ways to perform socio-technical functions (like moving people and goods, supplying energy, feeding the population, etc.)

While having an explicit ToC is an important feature of effective policy experiments, not all experiments have one. In the case of MOTION, the status of development of the explicit Theories of Change differed amongst partner projects. SuSMo did not yet have a ToC in place, so the initial focus of MOTION was to coconstruct one with the project partners. Through interactive virtual workshops, the MOTION research team engaged the partners in different activities aimed at making SuSMO’s Theory of Change come to life. Figure 2 shows how SuSMo’s Theory of Change evolved.

Figure 2. An evolving Theory of Change for SuSMo: a stepping-stone for indicator development and the MEL framework

One of SuSMo’s project partners told us that the ToC facilitates the “understanding [of] continuously changing patterns” by helping in monitoring and evaluating the programme, while another one explained why having an explicit ToC is important:

“By producing the Theory of Change for SuSMo, it gave us a really solid foundation and understanding, which helped each of us to see how all our contributions fitted into an end goal for the project. I would say that there isn’t much of what came out of the Theory of Change that we did not already know – however, it was scattered, not cohesive and not always at the forefront of our thinking – the MOTION project helped us bring it all together and make sure that it was core to the decisions we were making as a project team.”

SATURN had a ToC not fully developed, and so the work of MOTION focused on expanding this ToC in relation to transformative change and in the context of each city where the experiment takes place. ACT on NBS had developed one explicit ToC per work package which resulted from a “process to assess changes and explore the impact of activities”, according to the project’s team. The work with MOTION thus focused on re-examining, eliciting and synthesizing the meaning of this ToC towards transformation. From the beginning of the project, partners emphasized the relevance of system thinking in the different packages and detailed the relevance of close work with cities. As a result, it was possible to link the ToC process with a practical exploration of transformative outcomes “to think differently and discover assumptions made”, as put by one of ACT on NBS partners.

While the Theories of Change were the key outputs of MOTION’s first year, there already are important outcomes being experienced by the project partners. The journey offered by the MOTION methodology seems to be a rewarding one, according to one of our partners: “By working with MOTION, the SuSMo partners firstly got to take the time to really talk through what they were hoping to achieve, what they were doing and how they would get there. This is such an important reflective process for a project, but so often overlooked or not given the time and importance that is needed.” Furthermore, another SuSMo partner highlighted the important challenges the project faced in 2020 – one stakeholder dropping out of the consortium, BREXIT forcing the lead consultant to “transfer” the project to its branch in the Netherlands, the SARS-CoV-19 pandemic changing municipal priorities away from shared mobility and preventing face-to-face meetings –, which would make other projects succumb and become inviable. Yet, in face of adversities, MOTION helped them see the “disruptive [transformative] potential of the project” from a different angle.

In the ACT on NBS project, partners experienced different benefits from collaborating with MOTION including dialogue, supportive environment and the co-creation of narratives, insights and potential outputs. Reflections about how the co-creation ideal is attained were a key component of the conversation. Additionally, an explicit acknowledgement of the formative evaluation approach was completed by project partners as it, the words of one of them, “enlightened novel perspectives on the ideal route for the project”. Work towards enhancing the projects’ pathways was elicited during all interactions.

Transformative Outcomes were considered useful to support transformational change, to “synthesize and intensify things that are being effectively and successfully done” while exploring the scope of expected effect from current actions in different contexts and locations. One of ACT on NBS partners elaborated about the joint reflections:

“The main learning I found most useful is the matrix of transformational outcomes niche building – seeding new innovations and ideas that can ‘scale and spread’, niche expansion and embedding – circulation and institutionalisation, perhaps with the early majority and then opening up and unlocking regimes, overtaking the old models through realignment, empowering and destabilising existing regimes.”

Figure 3 shows how revisiting the Theory of Change and linking it up with the Transformative Outcomes may pave the way towards the dissemination of learnings needed to increase transformation. 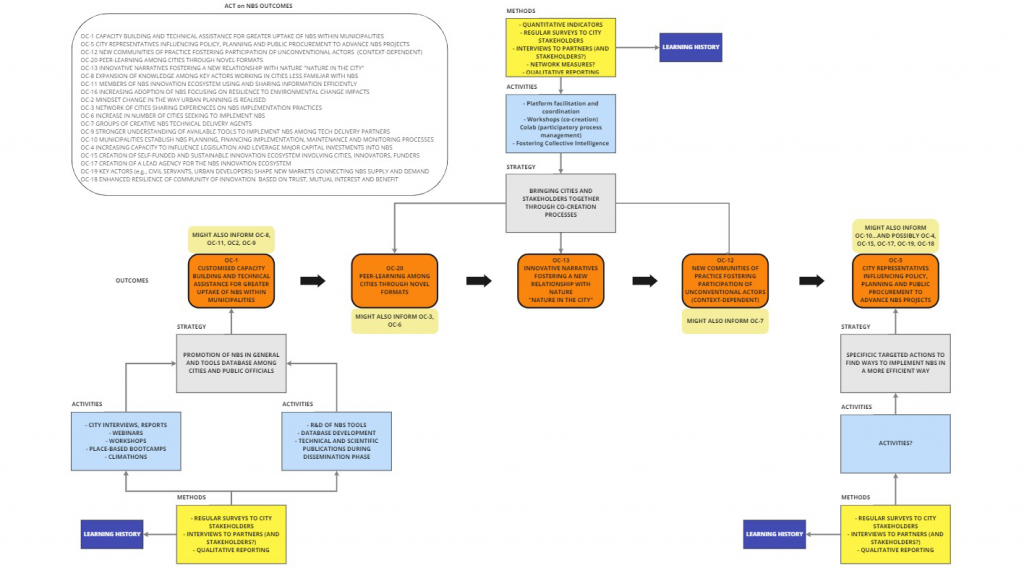 Figure 3. Conceptual map presenting a preliminary selection of outcomes as a basis for the future cocreation work towards a transformative MEL phase for ACT on NBS

The MOTION project has taught lessons to the research team as well. Firstly, we learned how to build trustful relationships with partners, by acting not as experts but as co-passengers in the journey. Because of the experimental nature of the methodology, its design has evolved over the first year of MOTION, benefiting from an increase in the number of virtual interactions, given the impossibility of holding faceto- face workshops. We also had to learn how to translate complex academic concepts in a simple and contextualized manner so that partners could relate to them and attach meanings relevant to their practices. Developing a methodology that is versatile and yet relevant to different contexts is one of the key challenges going forward in the MOTION project.

The second part of MOTION is happening in 2021 and will use each project’s transformative Theory of Change as the basis for piloting specific frameworks for Monitoring, Evaluation and Learning (MEL).

This blog concludes the MOTION blog series. In four blogs we provide insights into the progress, methodology and learnings of the MOTION project. The additional contributions can be found here:

Blog 2: MOTION capacity building: How to develop a theory of change for systems transformation? Our training session at the International Sustainability Transitions Conference (IST) 2020

Blog 3: A Narrative About the Transformation to Sustainable Land Use Management: SATURN’s Portfolio of Actions